When the Government of India announced the National Youth Day? Do you know the answer? Let’s find out the answers to similar questions related to current affairs.

Current Affairs Questions: Be it sports or science or any major national-international event… It is very important for candidates preparing for government jobs to keep an eye on them. From competitive exams to government exams, questions are asked related to these events. This is why candidates are preparing intensively for Current Affairs. TV 9 English daily for the convenience of youth in such situations current events Related questions are called

These questions are very useful for candidates preparing for government jobs or competitive exams. Answers to these questions and their current affairs are relevant both nationally and internationally.

Question 1: Where is the 26th National Youth Festival being celebrated?

The National Youth Festival 2023 is being organized in Hubli, Karnataka from January 12 to 16. The theme of this year’s festival is Developed Youth, Developed India. Five themes of G-20 and Y-20 events will be discussed during the youth summit at the festival.

These include future employment prospects, industry and innovation and the future of skills in the 21st century, climate change and disaster risk reduction, peacebuilding and reconciliation, a shared future – youth in democracy and governance, and health and well-being. .. During this time local traditional culture will be highlighted through folk songs and folk dances. More than 1 million people will do yoga at Yogathan.

Question 2: Who is the author of ‘Braving a Viral Storm: India’s COVID-19 Vaccine Story’?

The book ‘Braving a Viral Storm: India’s Covid-19 Vaccine Story’ was released in New Delhi. This book is authored by Ashish Chanderkar and Suraj Sudhir. The book reflects the country’s immunization success stories and the history of the new India as well as the country’s strengths and potential. While other countries were hesitating about vaccines, India established an exemplary covid management model for mass vaccination.

Ayanur Ammanur is a festival celebrated by the Kota tribe of the Nilgiris. The Kota tribe lives in the Nilgiri Hills of Tamil Nadu state. They are also called ‘Cove’ and ‘Cotter’. They were always in small groups, never exceeding one and a half thousand in number. These people make pottery during this festival. Then they open their temples and prepare food in clay pots and serve it to the whole village. After the puja is over in the temple men and women wear their traditional clothes and perform different dances day and night. This festival ends with this dance. This pot making ritual takes place once in two years.

Question 4: When did the Government of India declare National Youth Day?

Every year 12 January is celebrated as National Youth Day to mark the birth anniversary of Swami Vivekananda. It was announced by the Government of India in 1984. Its motto for 2023 is ‘Unnat Yuva-Unnat Bharat’. Swami Vivekananda was the principal saint who introduced the Hindu philosophies of Vedanta and Yoga to the Western world.

Question 5: For the protection of which tomb America decided to give financial help?

America will provide financial assistance of 2.5 million dollars for the conservation and restoration of Paiga Samadhi built in 18-19th century in Hyderabad. Aga Khan Trust for Culture will implement this project. The Paigah Tomb is a mausoleum belonging to the Paigah family, who served the Nizam of Hyderabad. The tombs made of lime, mortar and marble are among the best examples of Indo-Islamic architecture.

The Paigas were one of the most influential and powerful families in 18th century Hyderabad. He was richer than most rulers. He claimed to be a descendant of Hazrat Umar bin Al-Khattab, the second Caliph of Islam.

Question 6: After how many years the light and sound show started again at Red Fort?

Question 7: How many new centers will be opened this year under the Khelo India campaign?

The central government has announced to open 1000 centers across the country under the Khelo India campaign. Of these, 750 centers have already been opened and the remaining 250 will be commissioned by August this year. Between 2017 and 2021, the government spent Rs 2,600 crore on the Khelo India campaign. 3,400 crore has been sanctioned for next year. For Olympic and international sports, the central government is encouraging athletes under targeted podium schemes. More than 3000 players are being trained under this campaign.

Question 8: In which state Kumarakom and Bepur have been selected for Swadesh Darshan 2.0 project?

Kumarakom in Kottayam and Bepur in Kozhikode in Kerala have been selected for development under the Swadesh Darshan 2.0 project. These two places are among 34 other places in 19 states and union territories selected under the scheme of the Union Ministry of Tourism. As a part of Swadesh Darshan Scheme 1.0, first few places in Kerala have been announced under Eco Circuit, Spiritual Circuit, Rural Circuit.

Question 9: What is the theme of National Science Day 2023?

Question 10: Why is Karnika National Park in the news?

Answer: Due to which the number of birds has increased compared to the previous year

Last year the number of birds in Bhitar Kanika National Park in Odisha was 1,38,107. This year this number has increased to 1,39,959. Compared to the previous year, the number of birds has increased but the species diversity has decreased. 140 species of birds were seen in the national park this year compared to 144 species last year. The good thing is that this year four species have been seen less. But many rare and endangered birds were also seen. This is important from the point of view of biodiversity.

6 months electricity and water bill waiver, money will be given for food and drink, new Joshimath will be settled in these 4 places 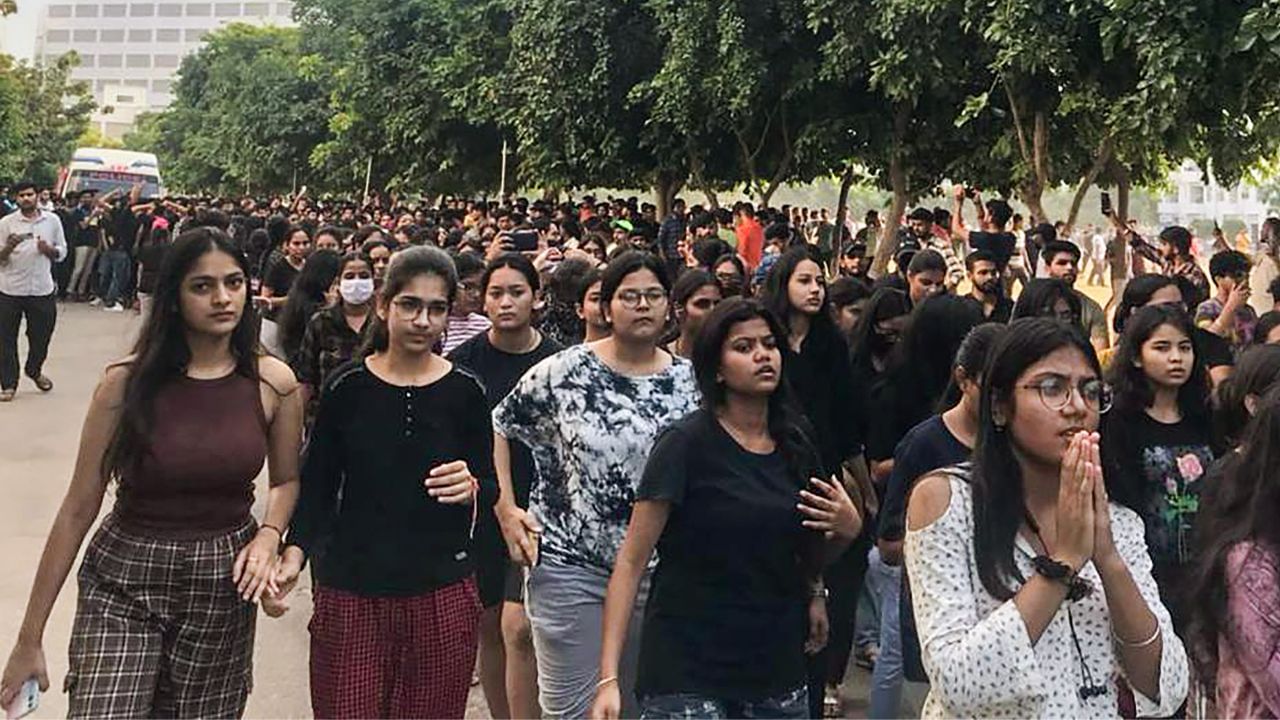 If the daughter is not married, the father… 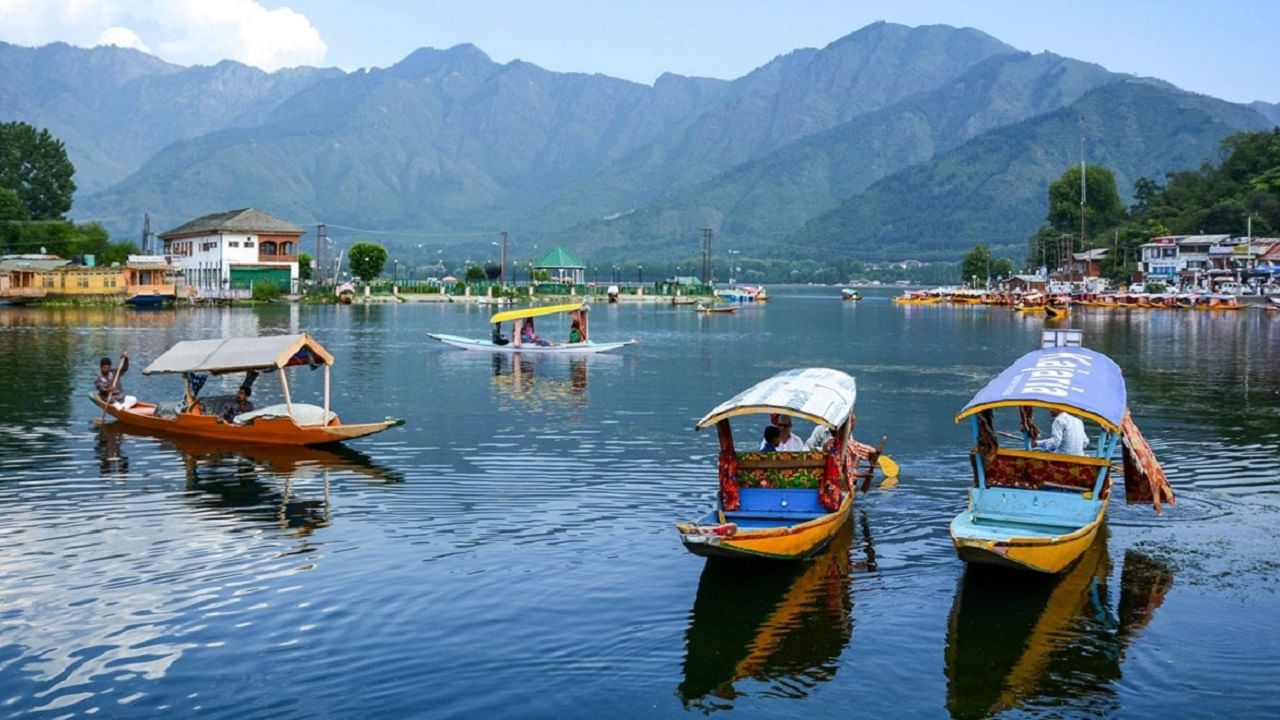 Govt jobs for graduate in Punjab, get so…