It will not be easy for Tharoor to emerge as the face of leadership within the Congress. The trio of VD Satisan, KC Venugopal and Ramesh Chennithala also harbor chief ministerial ambitions and are not ready to give up their position to any other leader. Read Anand Kochukuri’s analysis

Kerala As part of its recent outreach to various community leaders Congress MP Shashi Tharoor On 3 December, KM Chandy arrived at Pala to deliver a memorial speech. Welcome speech Mahatma Gandhi Former university vice-chancellor Cyriak introduced Thomas Tharoor as the ‘future chief minister of Kerala’. Then there was applause from the overflowing crowd at the Pal Municipal Town Hall.

The reception Tharoor received earlier at the Nair Service Society (NSS) headquarters in Malabar and later at Perunna was a clear confirmation of Tharoor’s direct acceptance by various factions of the Congress-led United Democratic Front (UDF). It was worth applying. Tharoor has now given a direct challenge to those who want to take command of the Kerala UDF by focusing on Kerala politics.

Before going further, it is important to examine whether Tharoor has any place in Kerala’s bipartisan politics. Kerala politics has been divided into Marxist and anti-Marxist parties for a long time. More recently, the ruling Left Democratic Front (LDF) led by Pinarayi Vijayan has succeeded in bridging that divide by winning over a large section of the traditional anti-Marxist vote bank. The Communist Party of India (Marxist) has developed a strong organizational apparatus up to the booth level over the last few decades, which has largely weakened the Congress.

Experienced K. The Congress suffered a major setback in the mid-2000s when Karunakaran left the party. Its Hindu base has been greatly reduced. Delimitation of constituencies in 2009 also played an important role in worsening its position. His support base has dwindled in various assembly constituencies. Today the situation is such that only a strong feeling towards the Congress in Kerala can swing any election in its favour.

Karunakaran and AK Antony’s team worked against each other

In the past Karunakaran and A.K. The factions led by Antony worked in opposition to each other. But when these two parties came together, Congress’s base would double. After Karunakaran and the arrival of Omen Chandy, factionalism within the party subsided but the Congress organization gradually declined.

In 2016, after Chandy stepped down as chief minister, the situation in the Congress organization worsened. The situation has become so bad that in all the constituencies that Congress had a good chance of winning in 2021, they lost simply because of lack of organizational structure. Currently, the situation is such that a third term in 2026 seems certain for the LDF. With no visible resurgence of the Congress, its all-weather allies like the Indian Union Muslim League (IUML) may also reconsider other options this time.

Apart from the Congress’s organizational weakness, the biggest obstacle to the party’s return to power in 2026 is the lack of a leadership face. At one time, Karunakaran and Antony (or even Chandy) were influential mass leaders across the state. The current generation of Congress leaders do not have much of a mass base. So any chance of a Congress comeback depends entirely on Pinarayi Vijayan. If he makes a big mistake that creates an anti-incumbency wave, the Congress might be a little better off.

Then Vijayan developed a good relationship with the caste and community leaders. He keeps communication open with everyone. Karunakaran’s model of reaching out to different social groups was called ‘social engineering’. As of today, the UDF’s vote base is badly divided.

What is the status of Shashi Tharoor?

In February 2021, Tharoor’s consultation meeting as a member of the Congress Manifesto Drafting Committee was held at Rajendra Maidan in Kochi. Congress leaders like HI B Eden and late PT Thomas were present here along with UDF leaders CP John and Francis George. A top businessman publicly asked if Tharoor had ever considered contesting for the Congress leadership in Kerala in the presence of prominent figures from the Kochi business community. Surprised by the sudden question, Tharu dodged the question but must have felt that the people of the state saw him as a leader capable of leading the Congress.

Tharoor’s meetings with leaders of various parties and organizations of the UDF after fielding him as the Congress’ national presidential candidate raised similar hopes among a section of the electorate. Left intellectuals are surprised that Tharu got so much love from the people despite Vijayan’s ‘social engineering’ working properly. At this time we talked with one of the leaders of these communities. He said that any group should mention their problems to the government in power. Loyalty cannot be changed. It is clear that the situation is not favorable for the Congress yet.

In fact, many political parties supporting the Vijayan government still want a UDF government in Kerala. However, there is one big problem: UDF doesn’t seem to be in a position to regroup. Besides, there is no leader who is acceptable to all communities. To understand this well we have to take the example of 2021 Assembly Elections and 2020 Local Body Elections.

After the 2019 Lok Sabha elections, a big gulf has developed between Muslims and Christians in Kerala. In such a scenario, the Kerala Congress (MANI) party moved to the Syro-Malabar Church-backed LDF camp ahead of the local body elections. This upset the existing communal balance within the UDF, making the Congress uncomfortable. The way everything happened in the 2021 elections, it was already clear that the UDF would face a humiliating defeat.

As things remained more or less the same on the animosity front between Muslims and Christians, Tharoor won the support of all communities and groups, including the Syro-Malabar Church and Muslim organizations. However, as simple as it sounds, it is actually not that simple. Because there is no leader in Kerala who walks between the two communities. This is where NSS’s extra support also works in Tharoor’s favour With the support of much of the apolitical middle class, Tharoor feels he can jump into the leadership fray in Kerala.

However, all these speculations are premature. It will not be easy for Tharoor to emerge as the face of leadership within the Congress. The trio of VD Satisan, KC Venugopal and Ramesh Chennithala also harbor chief ministerial ambitions and are not ready to give up their position to any other leader. All the three are making all sorts of scams in an attempt to grab important posts in the 2026 assembly elections. Tharoor surprised them by focusing on his own state.

Tharoor can contest from Central Kerala

Tharoor will take his next steps based on the decision to be taken at the Congress plenary session to be held in Raipur next month. However, people in the All India Congress Committee (AICC) believe that Tharoor will not find his due place in Kerala. There are suggestions that Tharoor should contest for the Lok Sabha from a seat in central Kerala in the 2024 Lok Sabha elections. He can be a candidate from Thrissur or Kottayam. If the Kerala Congress (MANI) feels that the UDF’s position is strong ahead of the 2026 assembly elections, it may return to the alliance.

On January 11, ahead of his second Malabar visit, Tharoor made an unscheduled visit to the He B Eden protest site in Kochi. He is protesting in B Eden to demand bus service from Gosari Island to the city. Eden Tharoor was strongly supported during VD Satisan’s ‘inflated balloon’ satire. At the event, the Congress block president of Vipin requested Tharoor to contest from the same coastal seat in 2026. At the conclusion of Eden’s day-long fast, Satishana did not arrive on time, giving rise to much speculation. 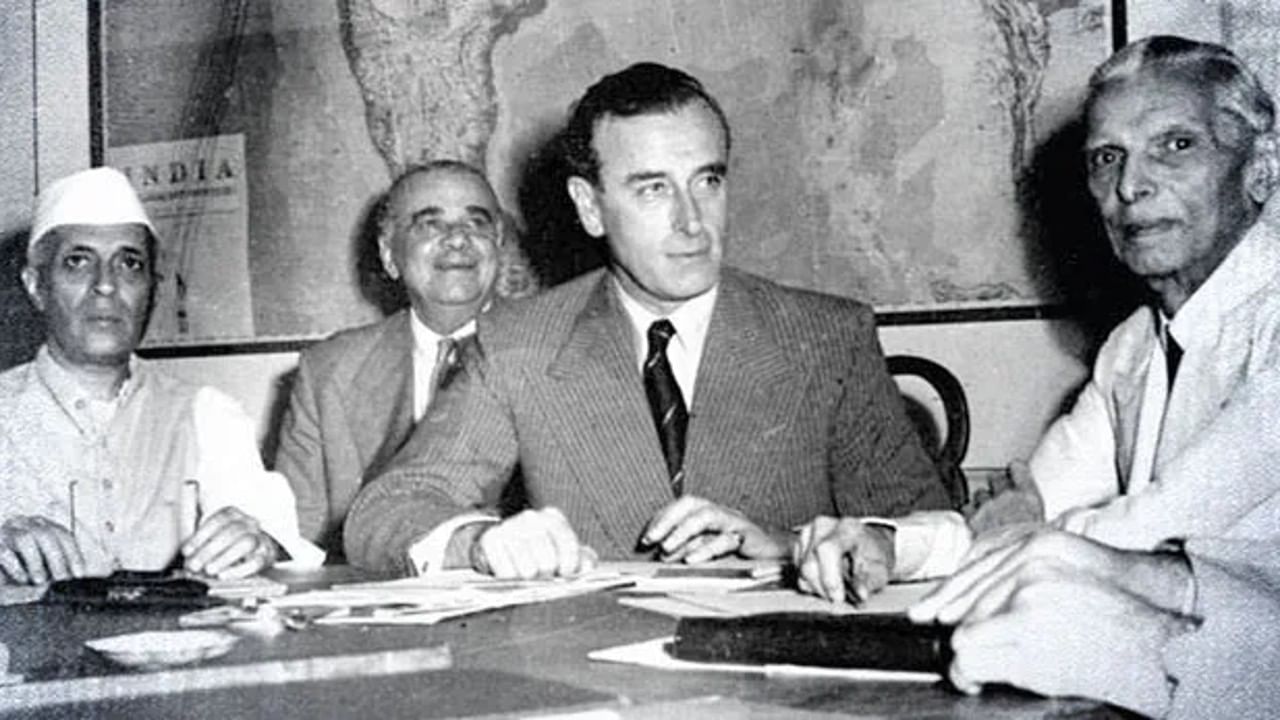 Lord Mountbane who divided India, was killed by… 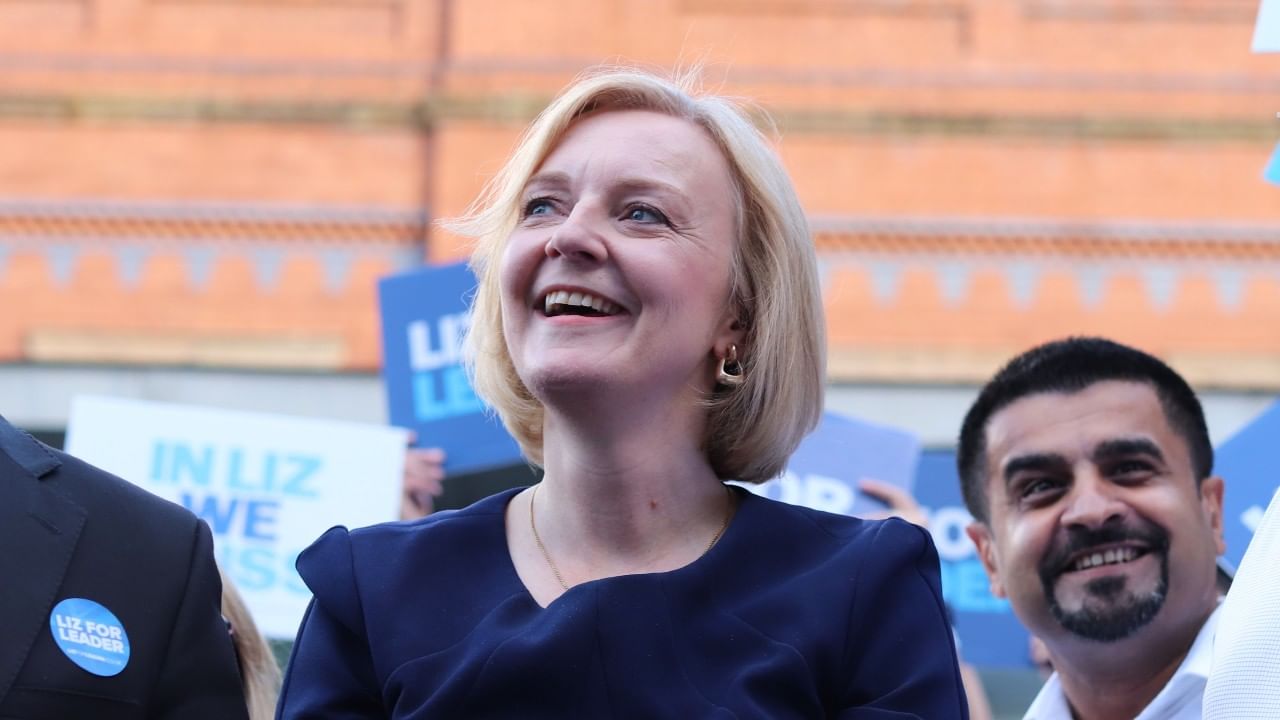 Is it not good for India to elect… 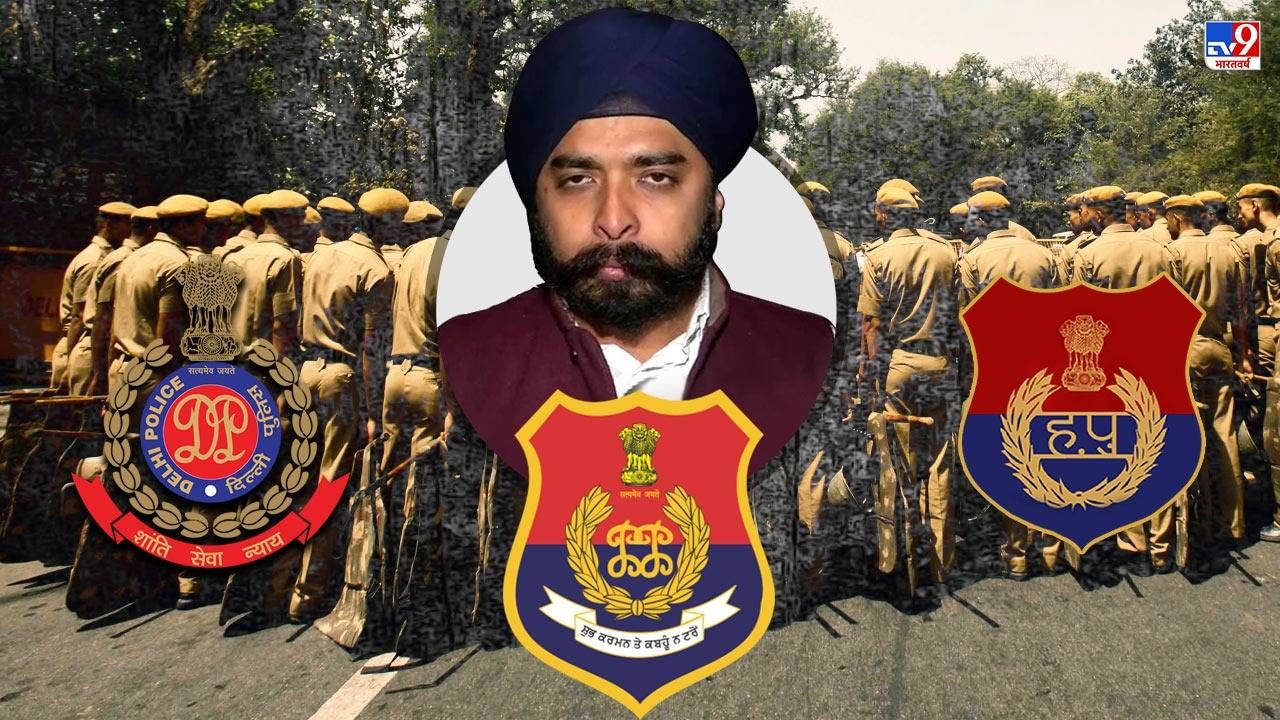 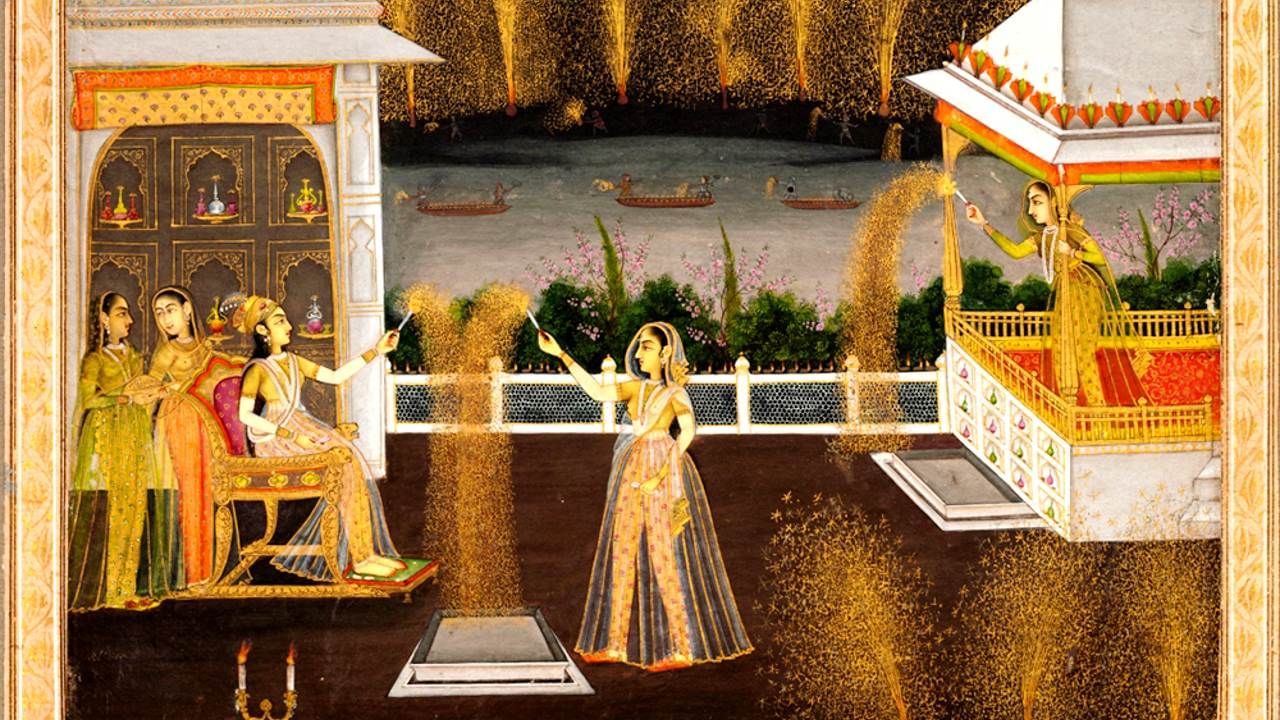 Jashan-e-Chiraga: From Red Fort to Fatehpur Sikri, How… 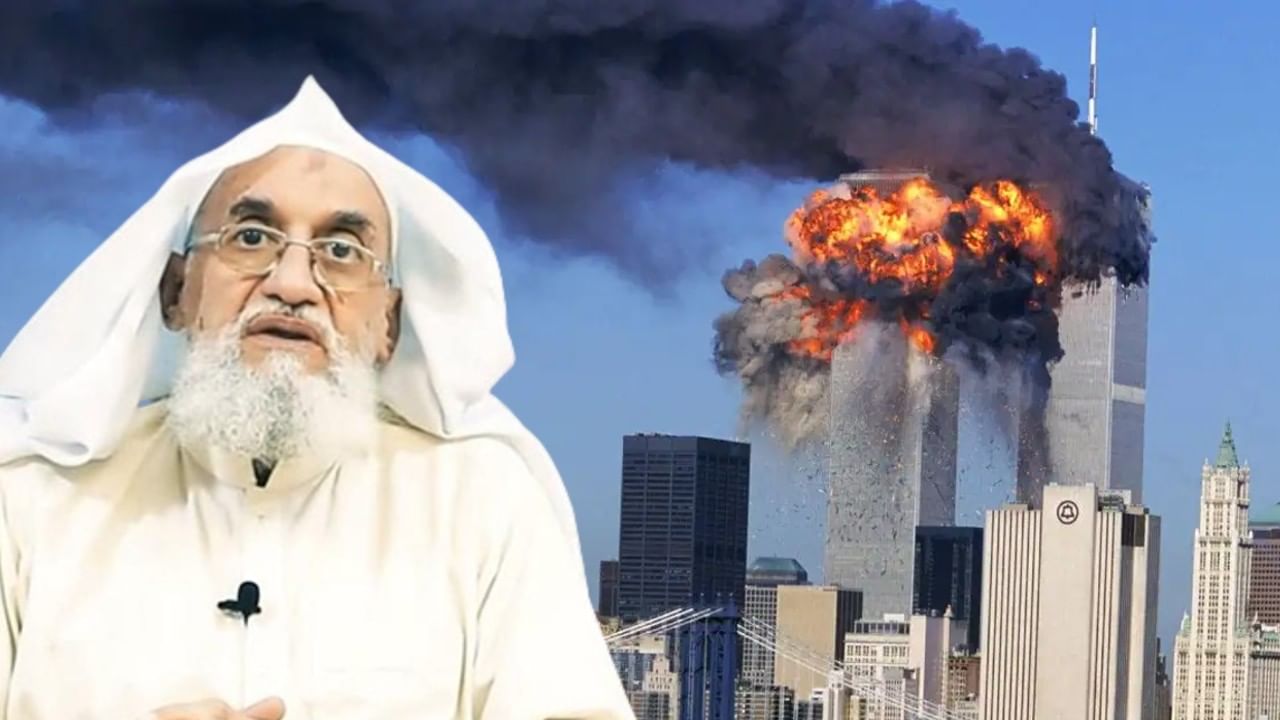 Heartbroken at the sight of grief and destruction……