The arrest of Khalistani terrorists in Delhi after a long time has raised many questions. The first major question is whether the long-dormant Babbar Khalsa and Khalistan supporters have once again set their sights on Delhi, the capital of India. The inner truth requires reaching deeper.

Delhi Police Caught by the special cell Two Khalistani terrorists Don’t be happy about being arrested. Think from this incident, whether the supporters of Khalistan have started to like Delhi again, the capital of India? If not, then the question is, why these terrorists, who have been sitting in the capital for two months and are now arrested, camped in Delhi on the orders of their Khalistani master present in Canada?

Secondly, his arrest by the Special Cell of Delhi Police also revealed that for two months these dangerous terrorists were hiding in Delhi with weapons and hand grenades. Why the local police of Outer-North Delhi district (Thana Valswa Dairy) could not reach them during these two long months? After this, the next question, where was the country’s intelligence system and the Delhi Police during these two long months? In whose faint heart these Khalistani terrorists hide in Delhi and continue to implement their plans? Not only this, after killing someone, these terrorists make some videos and send them to the Khalistani terrorists present across the seven seas (Canada).

Ever since Delhi Police’s Special Cell nabbed dreaded Khalistani terrorists Naushad and Jagjit Singh two days ago, the Delhi Police has been busy celebrating their arrest. Without seriously considering, after all, how did these Khalistani terrorists enter the confines of the safe capital in the first place? Secondly, even when they infiltrated, how did these terrorists set up their safe haven in a rented flat in Valswa Dairy police station area of ​​Outer-North Delhi district? Was their police verification done at the local police station? Did the landlord thoroughly investigate these suspects while renting out the flat? Where is the investigation of the landlord handing over their tenant verification forms or related documents to the police station? etc etc….

If we talk about negligence, then the question arises, why did the Special Cell arrest these two at their base (the room where both of them were hiding), at the same time or hours after their arrest? Couldn’t the people in the cell see that blood stain? Now two days later, the Special Cell of the Delhi Police is reporting that blood stains have also been found in the room where he lived. Why did the police send the FSL team to the crime scene on Saturday (two days after the arrest) to collect these bloodstain samples? Undoubtedly, the arrest of these two terrorists (Naushad and Jagjit Singh) has saved Delhi from drowning in some heinous crimes for the time being. But besides this, questions are also seen peeking through the holes present in this ‘good work’ of the Delhi Police Special.

For example, have long-dormant Khalistani organizations once again set their sights on India’s capital, Delhi? Are these two Khalistani terrorists making a base in Delhi just a ‘trailer’ of the evil mind of Khalistan supporters. The supporters of Khalistan sitting in Canada wanted to try impersonating these two, how hard can they get a foothold in the capital Delhi? Indian agencies including the Babbar Khalsa, who are supposed to destroy all other pro-Khalistan organizations, are still spying on India and its capital Delhi? PKBnews India spoke to DCP Devesh Kumar Mahal from Valswa Dairy area in outer-north district where the Special Cell arrested the two terrorists. He said, these have been arrested through special cell. The cell itself is investigating. That is why only they will have more detailed and accurate reports or information on the respective matters.

Hoping to find answers to all the complex questions that come up in India’s investigation, TV 9 on Saturday spoke to some former officers of the Special Cell of the Delhi Police, who are themselves renowned investigators and encounter experts. Former Special Cell DCP LN Rao said, “It would be unfair to question the Delhi Police or intelligence agencies so early. Yes, I agree that this terrorist hiding in Delhi for two months is a serious case. There is a well-known saying that even after this, they are not less likely to be caught. Otherwise the Republic Day parade is coming up. Had he not been caught now, he would have had a chance to carry out his plan. Then imagine how serious the problem would have been. In front of the Delhi Police and intelligence agencies of the country.

PKBnews India spoke candidly with Ravi Shankar Kaushik, former DCP of Delhi Police’s Crime Branch on Saturday. Ravi Shankar Kaushik, from the 1990s to the mid-2000s, was the biggest enemy of all pro-Khalistan terrorist groups and especially the one who shook the foundations of the Babar Khalsa. Former Delhi Police encounter expert Ravi Shankar Kaushak said, “I am satisfied that these two terrorists have been caught. If he had not been caught yet, he would have caused a major incident in Delhi, then think about it! Yes, they had their base in Delhi for 2 months. Why is that? The Delhi Police and intelligence agencies will have to find the answer to this question. So that in future such people cannot build their shelter in the capital.

Former DCP Ravi Shankar Kaushik, who captured many pro-Babar Khalsa and Khalistan terrorists alive, also said, “It is believed that neither the police nor the intelligence agencies have seen them for two months. So it also begs the question whether the landlord who blindly rented the house to these two in the hope of getting more rent, had some patriotism. Thinking that he should first inform the police about the people he is giving his house to, find out from them themselves who they are, where they come from, what they do? What is their family business? One of his tenants is not manipulating the landlord just for the sake of higher rent. And the same public expectation of the police and intelligence agencies is to keep information from door to door. Is it practically possible?

Does that mean you are calling Delhi Police, intelligence agency ‘innocent’? When asked, Ravi Shankar Kaushik, who was an influential police officer, said, “No. I am also not in the police now to take the side of the police. I am not an intelligence officer either. I will make the deal that will save him. Now I am a common citizen of the country like all of you. That’s why I’m not on air, but I’m talking about the same question or thing, which should not be considered nonsense. I am aware of the gap between the understanding of the police and the public with open eyes. 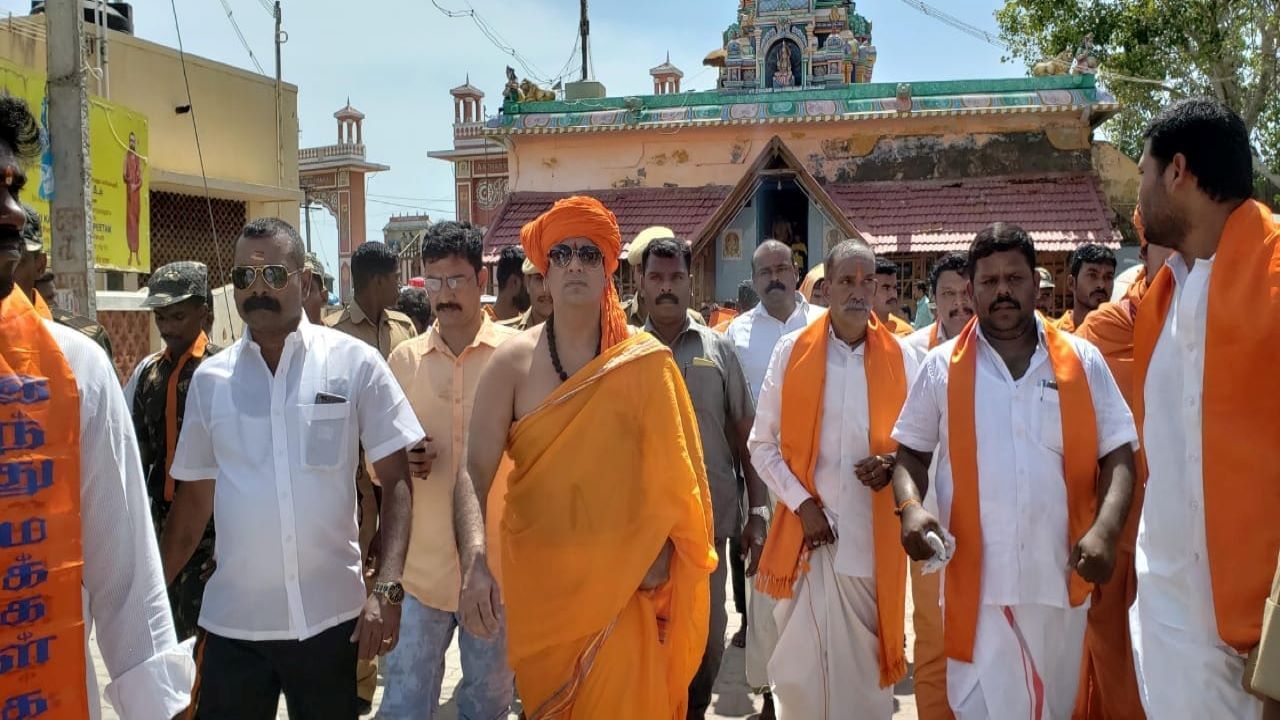 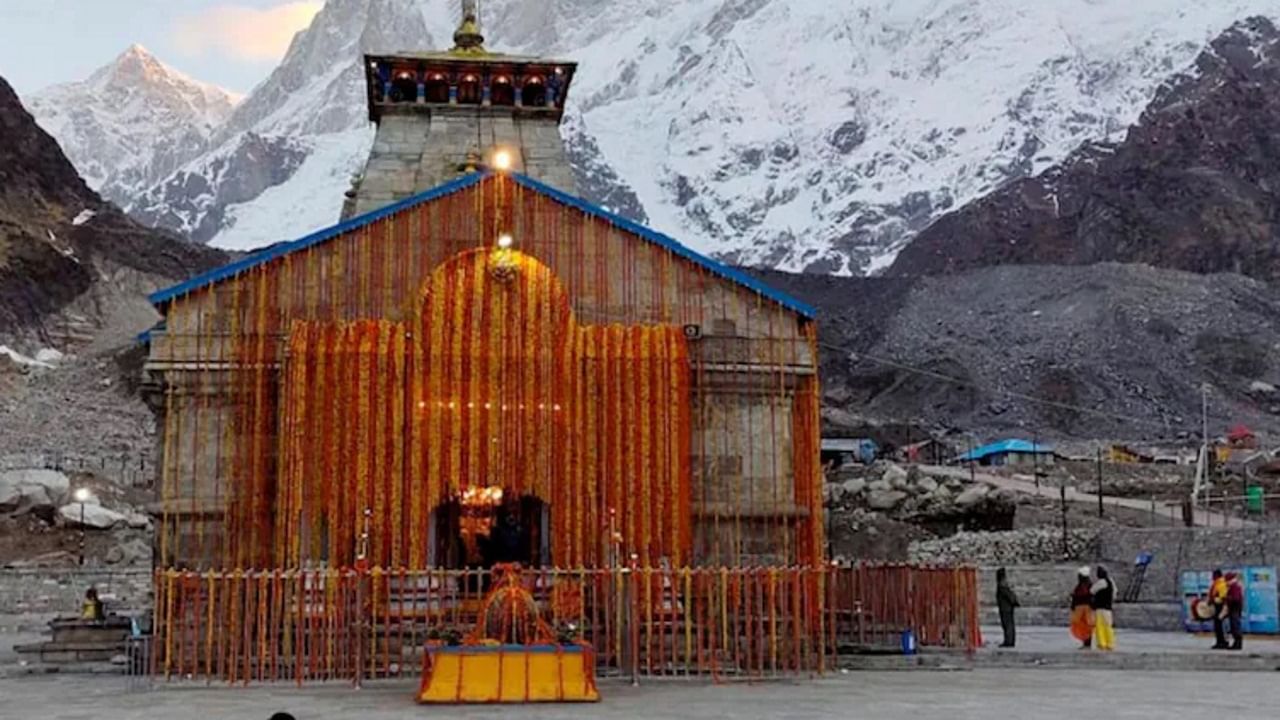 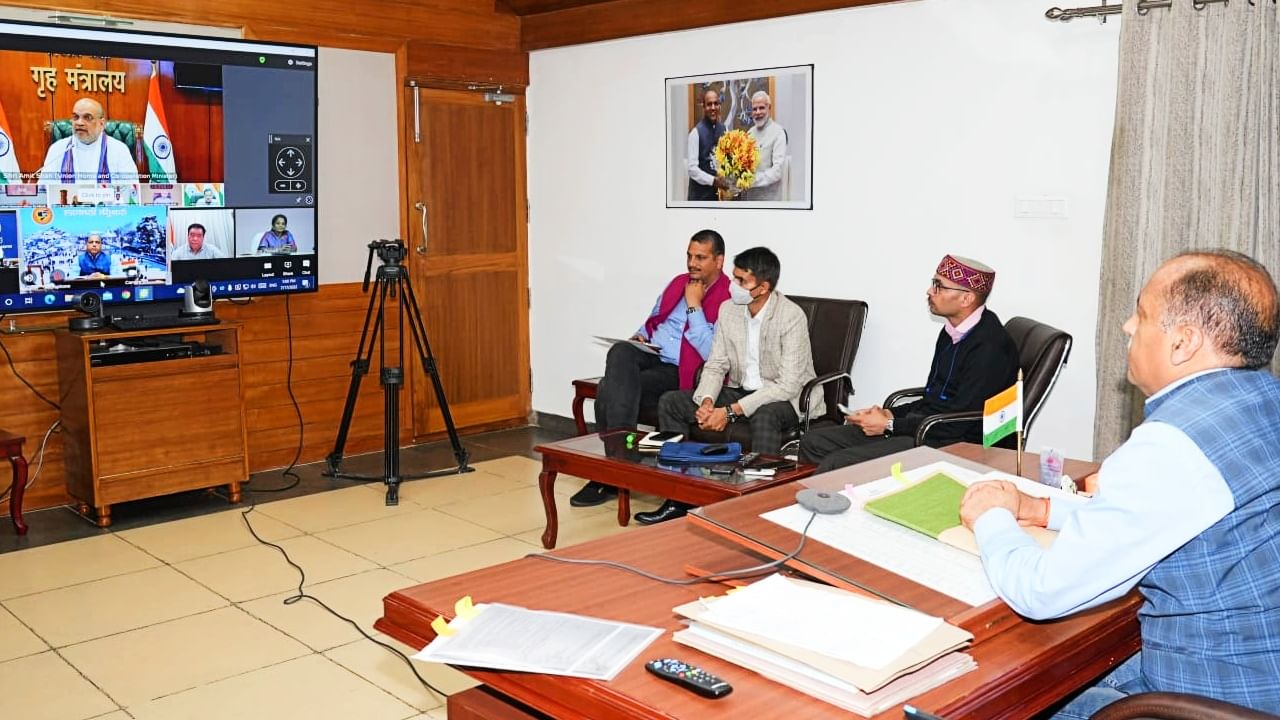 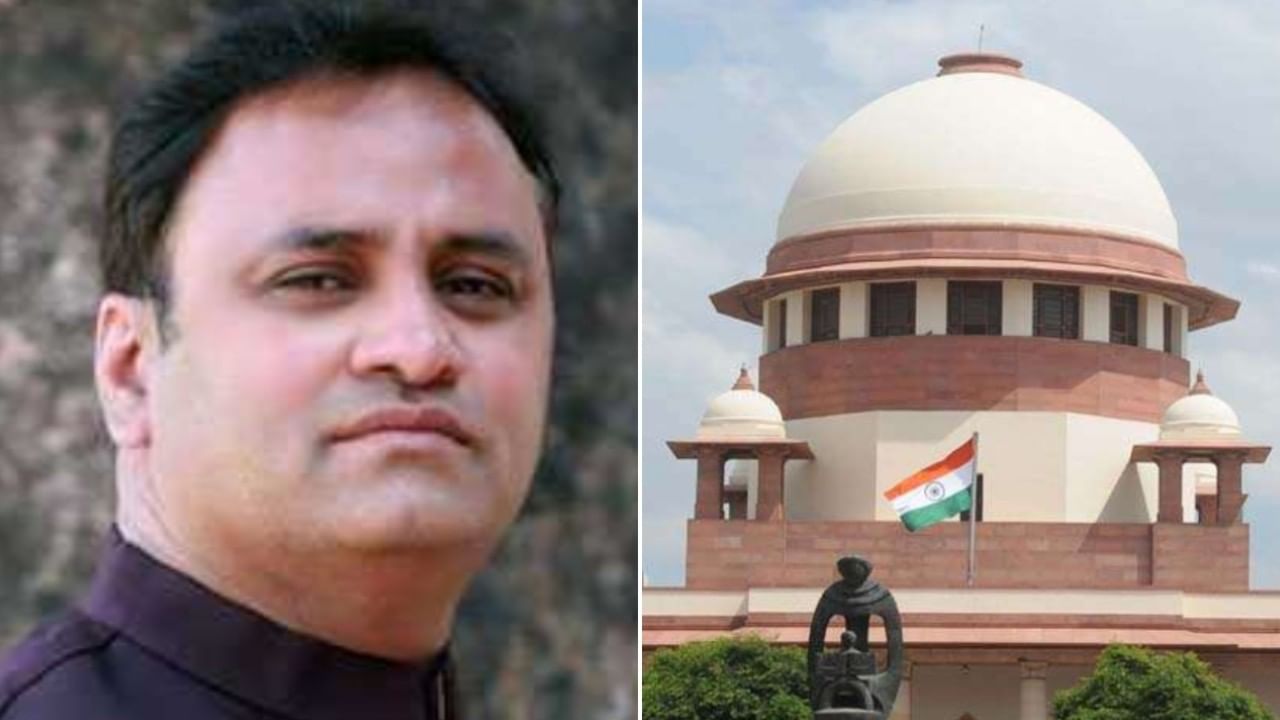 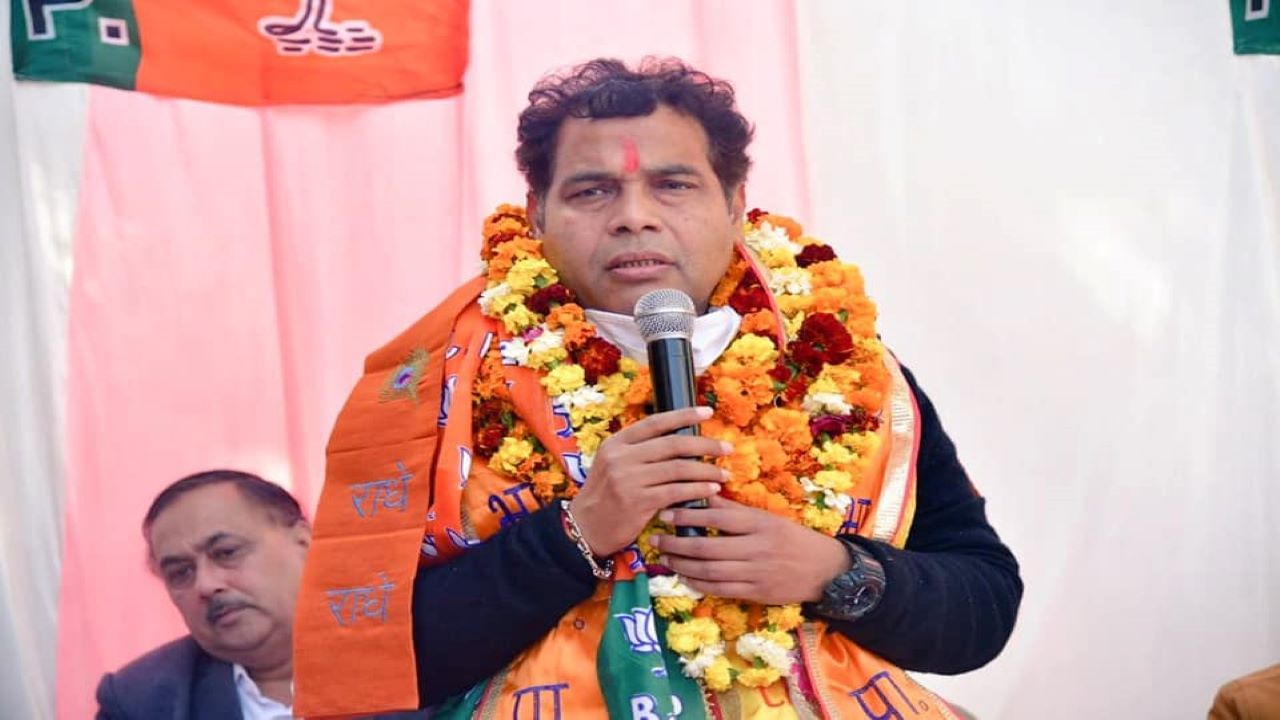 UP: Who will get the command of UP… 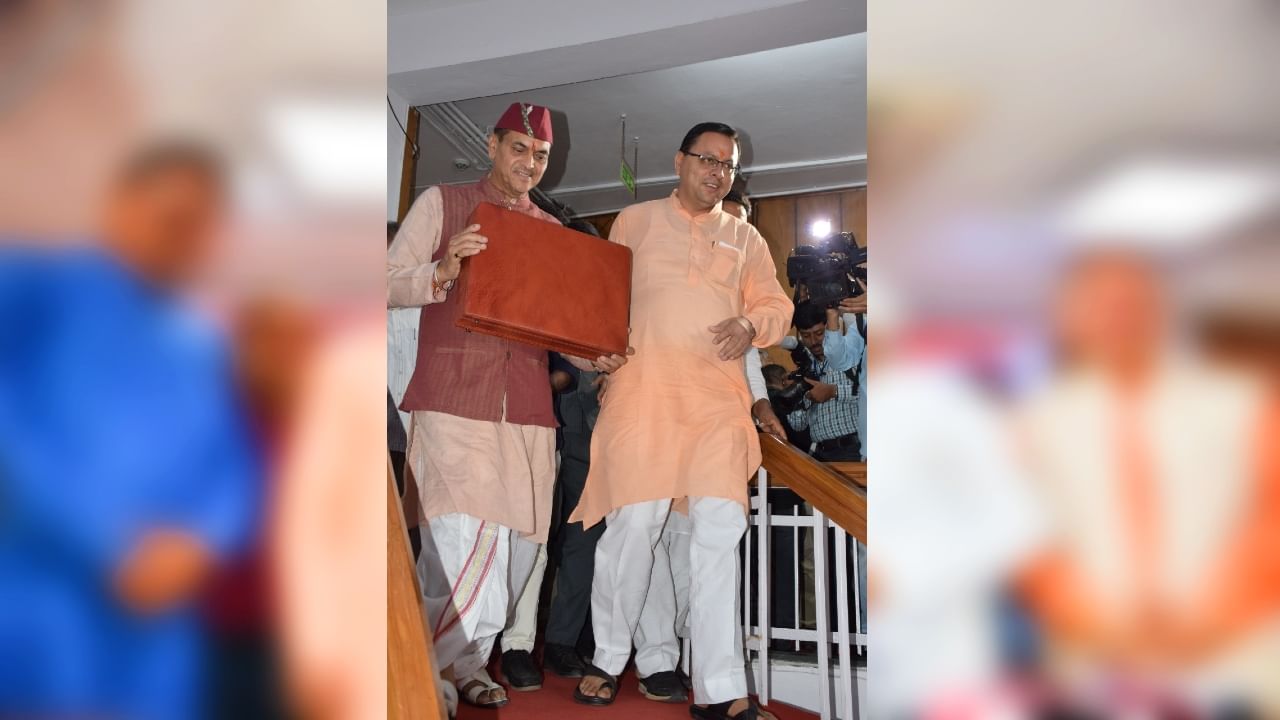